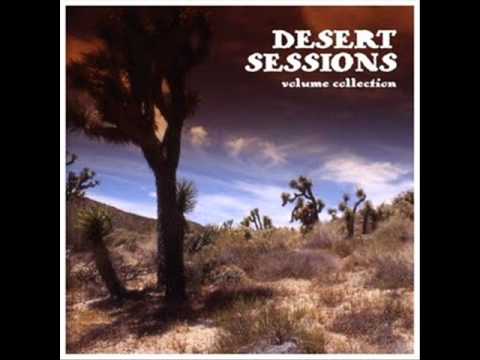 :
* part of, and hosted by, CHT Hackbase, see 🔗web
* nomadic setup, recording happens outside (like: in one of the 100+ volcano craters, at beaches, ...), and in temporary spaces (like: in tunnel pipes, abandoned warehouses, ...)
* share the common studio's gear, no need to fly-in your own instruments
* non-profit + free (both as in "free beer" and "free speech") - only cover your expenses and support the studio!
* several bands and friends work at the same time + encourage collaborations!
* have a good fucking time!
* make more than just music!
* [...]

With some preparation and flying in the missing stuff, we have a pretty much workable studio setup.

Stuff on the island

:
* free time + good food + play in different places + don't need own equipment + cactus
* play together with other bands (a la "In the Fishtank" sessions)
* "european Rancho de la Luna / Joshua Tree"
* people seem totally into it
* one concern is "need of own equipment"


THINGS TO DO NEXT

Stuff we need (upgrades), and thoughts about what we have.

I like this one, easy and efective: http://m.youtube.com/watch?v=981LJpoPrfY
http://m.youtube.com/watch?v=SudmkbL06zg&itct=CA4QpDAYBCITCM3h7s7Iq88CFdezFgod-nUO_jIHcmVsYXRlZEjpo4DflJCI9NMB
(comparition of designs)
Cheapest/easiest design http://m.youtube.com/watch?v=lO-lriZMvpY&itct=CBIQpDAYA for dynamics, because of (less) sensitivity.
I think more or less i could record a drum set and 2/ 3 amps with what we have, caring not much for fidelity (though that doesn't have to mean bad sound at all) but we'll need to separate the drums and bass in the tracks from each other and the guitars. With placement of mics/amps, deadcats and isolation pannels we are on the way. Making a subkick for deeper drums would give more range to the mix. Wind would fuck up the toms tone if they don't have a dedicate mic on. Same for snare, who needs a mic really close to record hard drums. So that's just another 8 tracks, even more.needed than ever because of the music and weather..

Usually recorded with dynamics. I'll get the condensers there because of having more inputs and getting the ambience but probably having 6 dynamic mics and one or 2 condensers for the desert-jam ambience would be the thing. To record drums we would better get another MOTU Or anything with adat and 8pre (Motu also has firewire and firewire + usb, i didnn't knew nuthing at the time so i got this but i think firewire is faster), cheap and good dynamics for the cabs/voices and drums (sennheiser 421 are a reference point to me about great tom-toms sound)  and have 16 inputs, But maybe we can get work it out recording it with 3 condensers (old times (Hendrix) kind of drums) and then the snare mic and we might totally need to make ourselves a subkick (a big inverted polarity speaker recording the subbass fqs to make things less jazzy, more in-your-face/modern.

The i5 and D88 are shure sm57 and sm58 versions, both used for snares, cabinets and vocals, all of them cheap. I tend to think wouldn't record vocals like that in studio (thought i had and sounded great, also with acoustic), to have some high end and some low end personality/body but hey! look Anton newcombe http://www.youtube.com/watch?v=gtjNoUChBcs the narrow range cheap mic for the main voice, and studio fancy hi fi one for the Uuuhhhh Aaahhh choruses. It totally does the job right, probably a condenser would be too bright and shiny there. Wasaphones again also shine at vocals (i bet on snare too), if we are going to get more mics and inputs, 3 of these will change the game a lot: one of these in front of a singer with a condenser a bit further is a killer combo for vocals or acoustic. i'm sure that a coil dynamic plus one of these on a cabinet  (different places of the speaker gives BIG, crucnhy and fat guitars i wanna record loud amps a lot, when i try here it usually sounds "illegally" loud
Wasaphone mics are even narrower range mics, dirty sounding and out of old telephone carbon mics but are just awesome (and lovely cheap). Those 2 sound different, I prefer the maroc, darker and mellower sounding, great for acoustic and voice (cheaper) But they have more models, from 30 to 100. I would have boxes of these in a studio, they make my recordings sway from great-quality-so-ok tracks to awesome-character-colourful fun tracks by moving a fader. Nice to eq too

MJE mics are some modified oktavas, some designs by that Joly guy, they are not very famous, but enough to knew from them. A Large Diaphragm Condenser (LDC) U67/87 mic (the ones used from Sinatra to almost everything (MBV guitars, bass and who knows what else)) are maybe 5000 one mic. So these are affordable and great (but the most expensive stuff i have). Would be cool to have variety in the future, when ge get the studio getting shape, like binaural/ambiophonic mics (to hear the ambience for real, as if the mic was a listener) or figure of 8 mics to experiment recording amps (Another Loveless lesson: 2 amps faced with a figure of 8 in between. a guitar splitted in 2 goes to 2 different tremolos and stereo to the reverse reverb and then the amps)
Tube prev would be great. Could be DiY

* Microphones:
For amps a sm57 for each cab. 1 or 2 sm58 would probably be nice to have. Any wasaphones (nice for everything) and these for snare drums and cabs. 2 different for each and we have whichever great sound we need (this is low-high mids info: bite, clarity and punchyness. condensers are specially nice in a mix as glue ambience or one for high  and mids punchyness + the subkick
fidelity.)D112 or some kick drum mic, subkick (DIY), sennheiser 421 style cheaper tom mic.

* Motu x1 or 2 for 16 or 24 inputs.
A drum set could be 1/2 dynamics (kick/snare) and 2/3 condensers, but again, with the wind you wanna have many close dynamic mics (remember Joy division drums, recorded in the roof to clean sound from the room's reverb) so: 3 for toms (?), 1 sm57 (and maybe a 58) for the snare and one (?) for kick (plus subkick) minimum. Having more chanels would also allow putting 2 mics plus a Di on each amp and the lo-fi-ish carbons everywhere, less and more conddensers used as ambience recording could be nice but not enough to get things clear recording drums, even in a room would sound maybe too jazzy nowadays. snare and kick at least need special care. that plus overheads are 5 mics
A DI for bass at least.


http://www.youtube.com/watch?v=24QePZbmzz4
Amazingly smart and simple way to keep an acoustic guitar sound "clean" on high SPL (aound pressure level) avoiding feedback too.It's funny how things i didn't realized in the past are now readable/hearable. I'll probably just visually shocked and smelled it was for this. Now is the way. When you raise the level of a guitar coming from the monitors it bleeds into the guitar box so it's fed-back into the mic/piezo. If you get rid of this you are able to turn it up as you want with no worries
Isolation panels between sound sources to prevent from going around mics by wind. DIY


http://www.gearslutz.com/board/electro-voice/n-d468-g14725/
Read that this is really good for toms, is trying i guess. One mic per tom. Another top best cheap (versatil low cut plus different pickup patterns condenser) mic is http://www.gearslutz.com/board/cad-audio/m179-g4518/  and then Audix D2 x2 + D4 x1. All those 3 around 100each. .** "vintage" AKG/Uher M534s 50 each also got recommended. ***Prodipe TT1 20-30€ each. Sennheisser md421 is the standard but is 320, i don't think that's necessary for a dynamic mic. Now: 1 Some people say to use the same mic on the 3 toms, others thsat it doesn't matter. Dunno. 2 Condensers on toms will give more punch and less sustain. that could be recovered with reverb but having the wind things i hink it's enough trouble, to keep the sound you record, but really there is no other trouble here but losing hearing of things, and we don't really know which would sound best so! I think having overheads for the cymbals means that condensers are hearing the toms so dynamics will give variety Dunno. All these things we'll hear them there. About hearing! probably a headphone amp will be great on windy days. Motu can mix to send to headphones/monitors. Isolation pannels too. Like made of foam, whatever absorbing.
The beautiful thing with ambience (noise floor) is that as long as it's just ambience you are allright. Getting the cleanest picture would allow to appreciate and difference the sound of the environment. It will melt with the sound , that cannot be avoided, but keeping it quiet enough will make easier to mix it right to make it sound like the ambience, not like noise
Tell me what you think, I guess we would be fine for demoing the studio with my stuff but to get it full operative to record bands we'll need one more interface and some dynamics to start nicely against condition and in favour of sound

Thought that a potential easy solution to record a drum set with what we have would be to put it inside trucko =P That way we don't worry too much for the wind and we can mic it with just overheads, one or 2 on kick and snare. 4-6 mics (one the subkick).

Snare:
Alike to guitar cabs *:standard for both instruments (Loveless guitars usually were miced with one of this in the middle of a speaker)

Drums:
toms: whatever mic good for attack transient and loud signals (probably dynamic to keep bite and body and a clean track for each tom, the floor tom may need a larger/bassier mic)

Kick drum:
Bassy dynamic mics, LDC. something that can get the low- high mid and high fqs attack transient, the best way to get the really low fqs here is the subkick (just a big subwoofer with the polarity inverted so it doesn't speak, but hear, attached to the kick drum's ring) High fqs punchyness is important so it's a combo of 2 perfect mics for the job (one is a speaker)

Vocals:
alike to snare and guitar cabs but a LDC will shine (also wasaphones for cheap and nice carbon grittyness)

BEFORE ANYTHING:
I cannot believe it was such a fucking pain in the ass to do this.
Unbelievable.

"""JACK Audio Connection Kit (or JACK; a recursive acronym) is a professional sound server daemon that provides real-time, low-latency connections for both audio and MIDI data between applications that implement its API"""

JACK can use ALSA, PortAudio, CoreAudio, FFADO and OSS as hardware back-ends. Additionally, a dummy driver (useful if no sound output is desired, e.g. for offline rendering) and an Audio-over-UDP driver exist.

1. you have to START the thing
(guitarix autostarts it)

$ jack_lsp
gives you a shitload of info

so:
* sound library kits are good
* does LASDPA effects
* arranging is easy

setup:
SEE ABOVE ON HOW TO WORK WITH JACK !!!

* have pre-loaded / available software
* prepare for acoustic work
* have simple portable recorders! the main part is doing stuff!
* have ways to carry, store, weather-proof instruments and the setup
* pre-prepare for linux software et
* [...]


We need to meet drummers here !!!

(Site generated by E2H, an "Etherpad hypermedia" project by @dcht00).